Lou Gehrig’s Disease: How It Can Affect Your Brain?

Amyotrophic Lateral Sclerosis (ALS) or Lou Gehrig’s disease is a degenerative nerve disorder that affects neurons associated with voluntary movements of the body. Motor neurons carry signals from the brain or spinal cord to muscles, glands, or effectors tissues—parts of the body that react to an external stimulus. Due to ALS, these motor neurons are damaged, which leads to the loss of voluntary movements in the body.
Earlier, it was thought that only the person’s motor neurons become dysfunctional and there’s no effect on their mental abilities — including logical thinking, memory, and behavior. But recently, a new study has found that ALS also affects the brain, which leads to cognitive decline.

In an email conversation, Sharon Abrahams, a researcher at the University of Edinburgh, UK, told Gizmodo:

“Our understanding of ALS has radically changed over the last 25 years. [I]t has been established that some ALS patients have changes in their cognition (thinking and language) and behavior, which can be detected by cognitive testing, while some have a full-blown dementia syndrome.”

ALS limits patients to the bed and they become dependent on a carer for most of his basic needs, which is one of the reasons the decline of a person’s cognitive abilities is not detected and goes unnoticed most of the time.

There are two types of motor neurons, which coordinate with each other and make voluntary movements possible.

Due to Amyotrophic Lateral Sclerosis, or ALS, the cells that signal these movements are destroyed. As a result, body parts stop making voluntary movements.

In the US, about more than 5,000 people are diagnosed with ALS each year. About 90 to 95 percent of ALS cases are sporadic — means that they are not inherited. However, only 5 to 10 percent of the cases are inherited.

The age of diagnosis is between 40 to 70 years and the patient is expected to survive for about two to five years after the diagnose. But some patients may live more. Due to the progressive nature, ALS worsens with time.

Famous people who were diagnosed with ALS include:

What are the Symptoms of ALS?

ALS appears in legs, feet, hands, and ankles. Eventually, the disease spreads to the other parts of the body. In the beginning, the muscles start to weaken and the patient experiences difficulty in moving his hands, arms, and legs.

Some of the main symptoms are:

What are the Different Stages of Symptoms?

Early stage
During the early stages of the disease, muscles become stiff and clumsy. Cramping and twitching of the muscles occur most often. Some people notice the problem in just one part of the body, but the condition could also spread to many other regions.

What happens in the early stage of ALS?
• Fatigue
• Stress
• Drowsiness
• Imbalance

Middle stage
The symptoms further worsen and the disease spreads to the other, wider parts of the body. The patient’s inability to properly walk, speak, and swallow makes life dependent on others.

Final stage
Most of the body muscles are paralyzed — causing the inability to perform movements and essential functions. Respiratory tract muscles become weak, and shortness of breath occurs.

What Happens in the Final Stage of ALS?

How is ALS Diagnosed in Patients?

ALS may be misdiagnosed because its symptoms may mimic indications of other degenerative disorders. So there’s no single medical test to diagnose the disease. For that purpose, different medical tests are performed, which are:

Blood and urine tests are conducted to detect any abnormal substance in the body. They are performed to eliminate the possibilities of other diseases.

Electromyogram is conducted by inserting a needle in different muscles of the body to test their electrical activity under different conditions, such as contraction and expansion. It helps in the detection of nerve and muscle health.

It’s performed to study the ability of the electrical conduction of motor neurons. The test can determine any damage done to muscles or nerves — depending on the patient’s condition.

How is ALS Treated?

No current treatment can reverse the damage done to the body due to ALS. But certain medications and therapies are recommended to slow down the damage, provide comfort, and avoid any further complication.

Currently, there are two types of drugs that the Food and Drug Administration (FDA) has approved and that can ease the symptoms. They are:

What are the Different Therapies that can Help with ALS?

Therapies can help with the condition to a large extent. Some of the main therapies are:

Lou Gehrig Disease affects neurons associated with the voluntary actions of the body. There’s no treatment available that can reverse the damage done to the body due to the disease. However, medications and different therapies can relieve the symptoms of ALS. 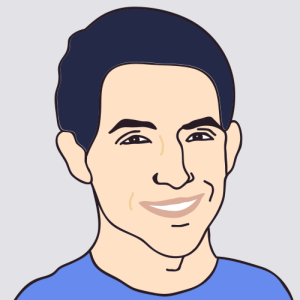 What is Collagen and is it Good for Your Health?

How to Get Relief from Arthritis Pain?

What is Muscle Imbalance and How Do You Fix it?

Our content is user-generated. As an Amazon Associate we may earn from qualifying purchases. Learn More